This Page Is Dedicated To Geoff Armstrong, An Active Member Of Gateshead Model flying club For Over 40 years. 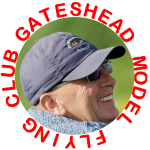 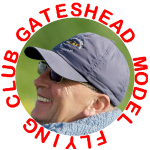 Geoff has served in Many Roles during his Involvement In Gateshead Model Flying Club, Inc  Chairman, Vice Chairman, & Social Secretary.

Most Members will have known him in his Latest Role As Club Secretary. Geoff dedicated a lot of time in keeping Gateshead Model Flying Club in Existence, he would regularly attend the Flying Field at any time to give tuition to a New aspiring Pilot, most of our current members would not be Flying solo if it weren’t for Geoff’s patience, gentle persuasion and his style of Tuition.

Sadly due to Ill Health Geoff let it be known to a few committee members that he intended stepping down as Club Secretary and would not be renewing his membership for 2018. The Committee decided that Geoff was too much a part of Gateshead Model Flying Club that we could not just let him walk away, at least not without acknowledging all he had done for the Club.

It was decided at the 2017 AGM that Geoff should be made an Honorary Member For Life to  acknowledge his contribution over the years.

A Trophy and Certificate of Honorary Membership was presented to Geoff at the Social Evening held on 17th January 2018 at Blaydon Cricket Club several photos were taken of the event shown Below.

Click On Image To Display Larger Version Click X Top Right Of Photo To Return To This Page. 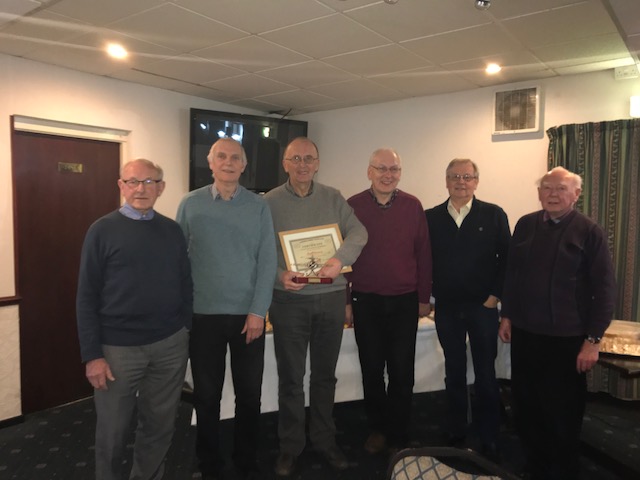 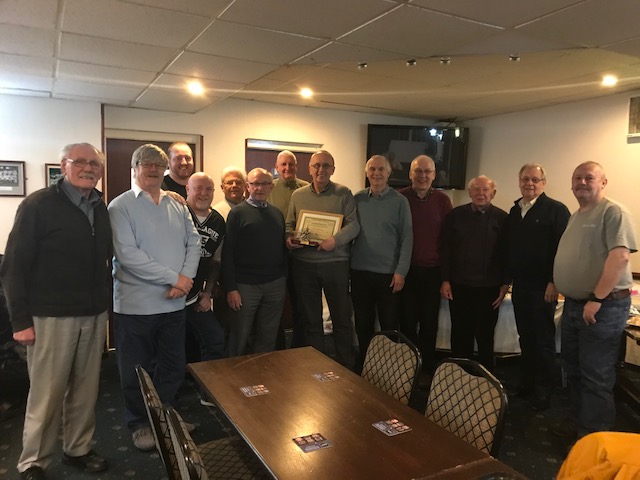 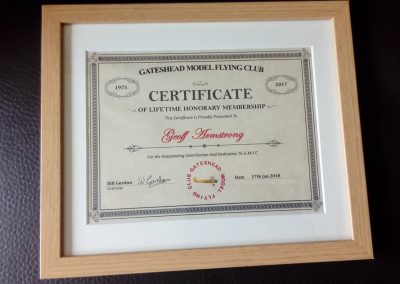 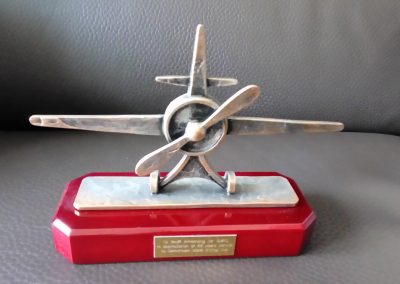 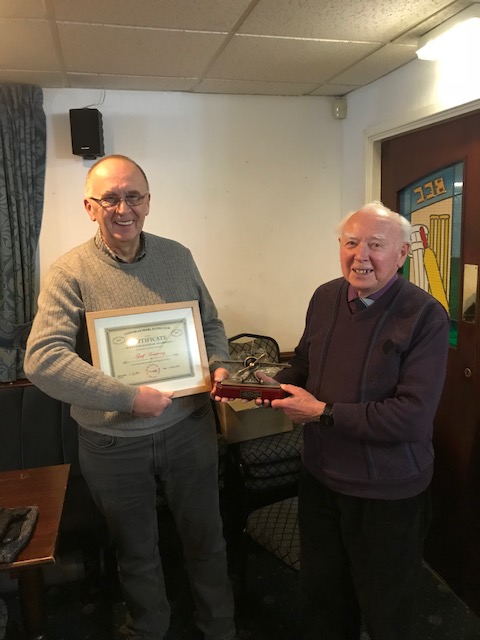