We have 4 BMFA registered Club instructors and we place great emphasis on guiding novices through their early flights using the Buddy Box system and Futaba radio control equipment with our own aircraft.  In general this method ensures a relatively less expensive and quicker way of learning to fly than going it alone. 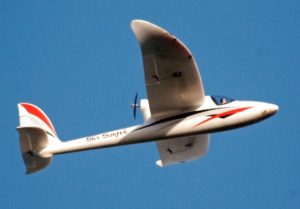 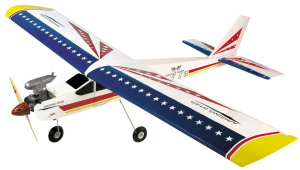 At Gateshead Model Flying Club we use the Skysurfer powered Glider (Left) as an Introduction to Model Flight. Students can then take a small step up to the Seagull Arising Star (Right) Or the Sky Star. Both Models give the Novice pilot the stability that the High-Wing design offers.

From the absolute beginner to the ‘ B ‘ Certificate student, Gateshead Model Flying Club Uses the B.M.F.A Publication

“ A Flying Start “   as a basis for flight tuition. Copies can be downloaded by clicking the link to Left.

Another Good Reference for New Budding RC Pilots is R/C Airplane World. ( Click on Icon Below To Gain More Knowledge on Learning To Fly R/C Aircraft ) 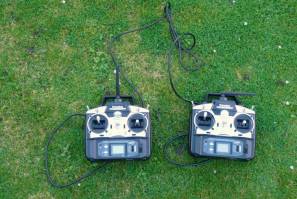 A “ Buddy Box “ dual control system with FUTABA radio is used by an instructor, initially with our own trainer Aircraft until the pilot has Demonstrated their ability to Fly an Aircraft in a Safe manner. We can Also ” Buddy ” pilots who have SPEKTRUM radio equipment in their own Aircraft.

On completing Training To The Satisfaction Of the Tutor, the student will be Invited to complete The GMFC Solo Flying Test. (see Achievement Scheme)  If successfully completed He/She will be awarded the Club’s Solo Flying Certificate and will be encouraged to undertake the B.M.F.A Achievment Scheme  ‘ A ‘ and ‘ B ‘ tests.